Canada Mortgage and Housing Corp (CMHC) reported on Wednesday (9-15-21) that the annual pace of housing starts in Canada in August slowed when compared with July...... [更多...]

Italy: growth in wood and furniture technology sector in H1/2021

The development of the pandemic has impacted all economic trends, including the machines, tools and equipment for woodworking and furniture production...... [更多...]

US imports of sawn tropical hardwood rose 57% in July, soaring to the highest volume of 2021. A surge in keruing imports for the month led to the rise as keruing accounted for more than 40% of the 12,207 cubic metres imported in July...... [更多...]

On 10 September 2021 the Government of Norway received a formal notification that the Government of Indonesia had decided to terminate the 2010 Letter of Intent on Cooperation on Reducing Greenhouse Gas Emissions from Deforestation and Forest Degradation...... [更多...]

The Kemi bioproduct mill project of Metsä Fibre, part of Metsä Group, is progressing according to plan and the mill’s foundation stone was laid on 13 September 2021....... [更多...]

Bergs Timber to increase capacity for windows and doors

To meet strong demand for wooden windows and doors in conjunction with renovations and new production, the Group's subsidiary Byko-Lat in Latvia will make investments in increasing production capacity...... [更多...]

Ingka Group to acquire 5,500 hectares of land in New Zealand

LIGNA.Forum digital with new impulses for the woodworking industries

The LIGNA.Forum digital will be held as part of the new online event LIGNA.Innovation Network, which runs from 27 to 29 September 2021. The two-day conference programme will feature recognized industry experts on the focus topics of Prefab Building Processes and Woodworking Transformation. The German- and English-language presentations and panel discussions will be streamed live from the H'Up in Hall 18 at the Hannover Exhibition Center...... [更多...]

In August, the end consumer prices for wood pellets in Austria remained stable. The average price for loose pellets of quality ENplus A1 (order quantity 6t) was 22.47 cents / kg.... [更多...] 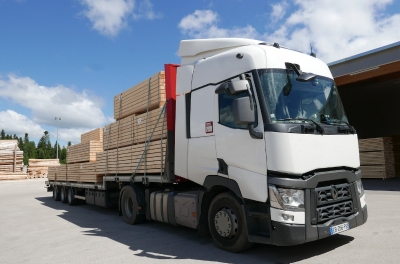 As long as it lasts! In the softwood forests of eastern France, sawyers are crossing their fingers because the sawnwood markets are enjoying unprecedented enthusiasm...... [ 更多...]

Within the DACH region softwood lumber prices in June are still on the rise due to the high demand in China and USA but also within Europe for construction. Many countries are promoting wooden buildings for climate reasons. Sawmills are at limit, struggeling to get logs and can not expand... [ 更多...]