Report predicts EU to have a pellet demand for 30.8 million metric tons in 2020

An European Union wide demand for 30.8 million metric tons of pellets is forcasted for 2020 by an annual report filed with the USDA Foreign Agricultural Service’s Global Agriculture Information Network. In 2019 the consumption reached 29.1 million metric tons. According to the... [更多...]

A strong decrease of orders of woodworking machinery and tools (-39.2% compared to the same period of last year) was reported for April to June 2020 by the members of Acimall due to the lockdown in April and a slow, gradual recovery of manufacturing operations in May... [更多...]

According to reports a Northwest International Timber Trading Center has been established in the Zhongchuan North Station Logistics Zone in the Lanzhou New Area, which functions as a national level logistics hub. With completion of the trading centre there has been created a new... [更多...]

Homag reports lower sales in the first half of the year

In the second quarter of 2020, the Homag Group felt the effects of the Corona pandemic. This had a corresponding effect on the balance sheet for the first half of the year. Order intake fell by 17% to a value of € 493 million. Sales also decreased by 13% to € 552 million. The company has... [更多...]

Kaamos Timber to establish a new sawmill in Belarus

The Estonian wood industry company Kaamos Timber entered into a 15 million € loan agreement with the European Bank for Reconstruction and Development (EBRD) whose support will be used to establish a new sawmill owned by the Estonian company near the city of Mozyr in... [更多...]

In recent months many plantation owners have reported the presence of disease in Vietnam's acacia plantations which, it has been identified, is caused by the leaf fungus, Ceratocystis manginecans. The Vietnam Academy of Forest Science (VAFS) has warned this fungus, if not... [更多...]

Andritz had solid business development in the second quarter of 2020

Japan's plywood imports from China over 20% lower in May

Until March 2020 Japan reported a slight increase imports of plywood from the top three shippers, Indonesia, Malaysia and China. Starting in April and so far statistically recognized also in May import volumes trended down. Plywood imports from China in May were over 20% lower... [更多...] 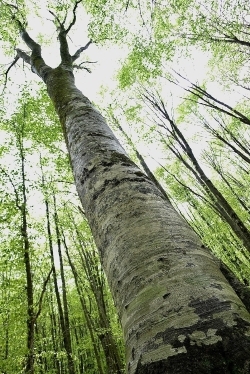 We must face the facts, there are few reasons to rejoice today on the hardwood market. This is the case with crushing where, at the first public sales after Covid-19...... [ 更多...]

Myanmar Teak: Scandal or no scandal in Croatian imports?

The NGO Environmental Investigation Agency (EIA) suggests, in one of its reports, that a significant amount of teak from Myanmar was imported into the EU via Croatia from 2017 to 2019 without full evidence of legality. 10 loads with a total of 144 t teak worth at least ... [ 更多...]